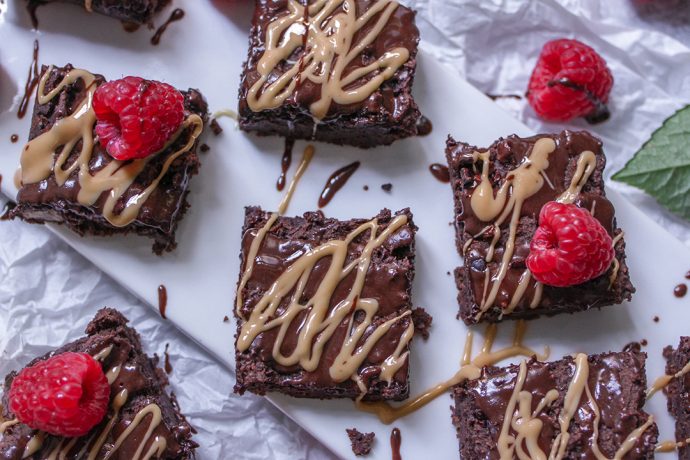 Did you know that black beans actually make a fantastic, healthy ingredient for baking? Maybe sweets and desserts is not the first thing that comes to your mind when you think about black beans. But these small protein power packs make some awesome soy and gluten free brownies. Because the cooked beans themselves have little taste of their own. So if you add raw cocoa, some sweetness and cinnamon, the result is an aromatic chocolate treat that simply tastes delicious. I bake these brownies very often as you can easily keep them fresh in the fridge for about a week. This way you are always prepared for chocolate cravings. On top it’s a much healthier snack than classic chocolate bars or many other desserts. It’s also a quick recipe, as all the ingredients are simply blended and then baked. Today I’ll show you the brownies with a creamy chocolate-almond glazing, but you can also prepare them pure without the icing. Let’s go! Enjoy the chocolaty bean treat. Looking forward to your comments and feedback, yours Lea. 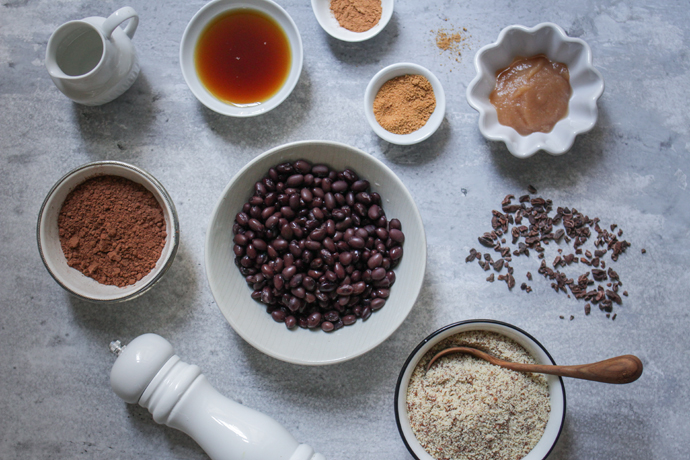 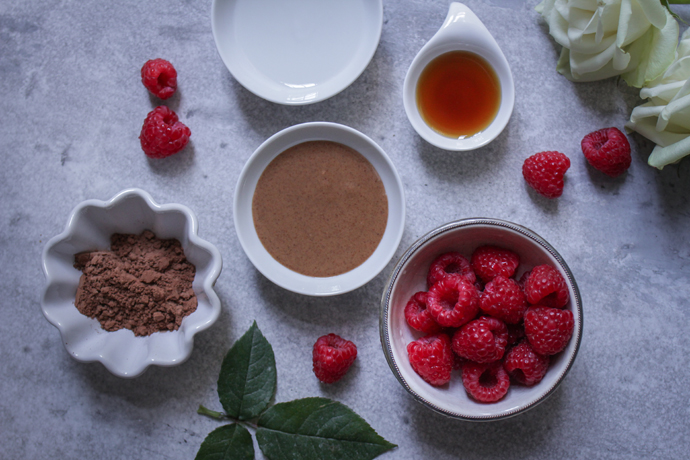 Good to know: The glazing for the brownies in this recipe is optional. They taste delicious even without it, though the icing makes them even more moist and intense in taste. You can eat the brownies right after baking, but I reccommend to cool them in the fridge for some hours as it makes the glaze nice and firm. Covered, they stay fresh in the fridge for several days. 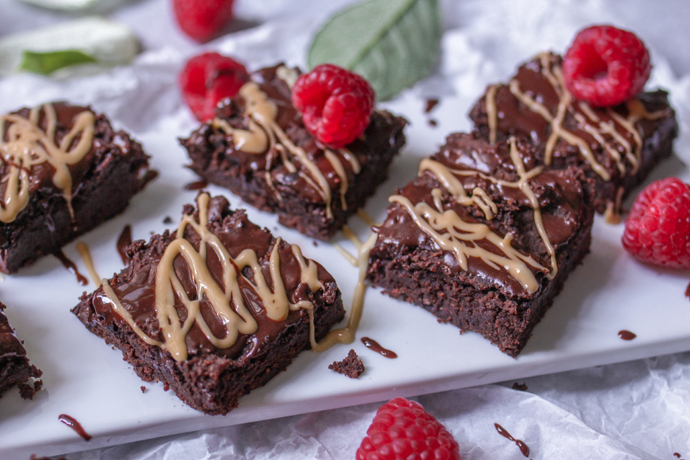 Keep the brownies in the fridge. They still taste delicious after several days! 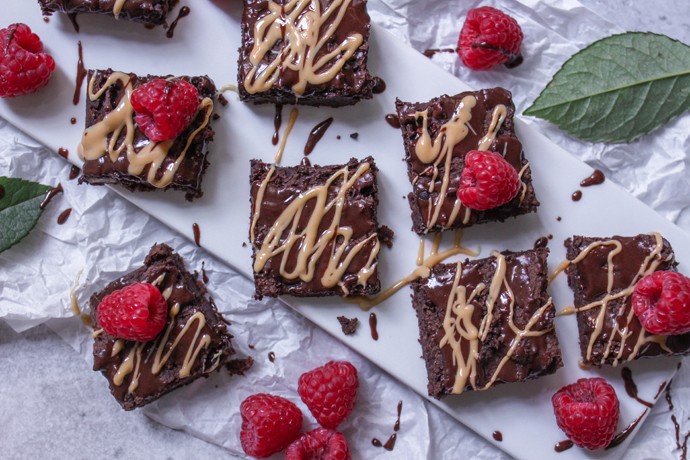 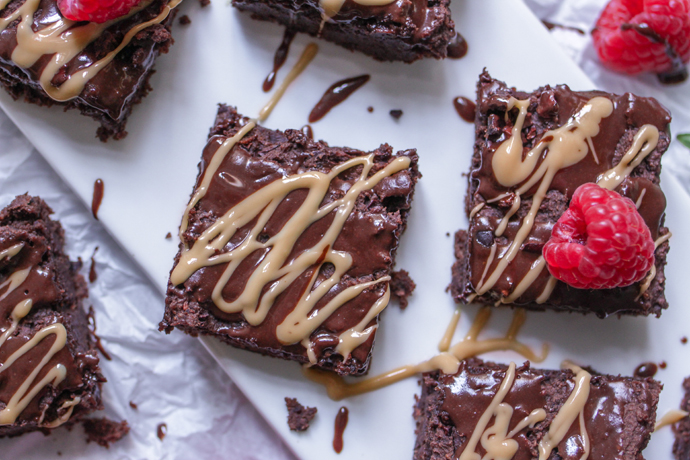 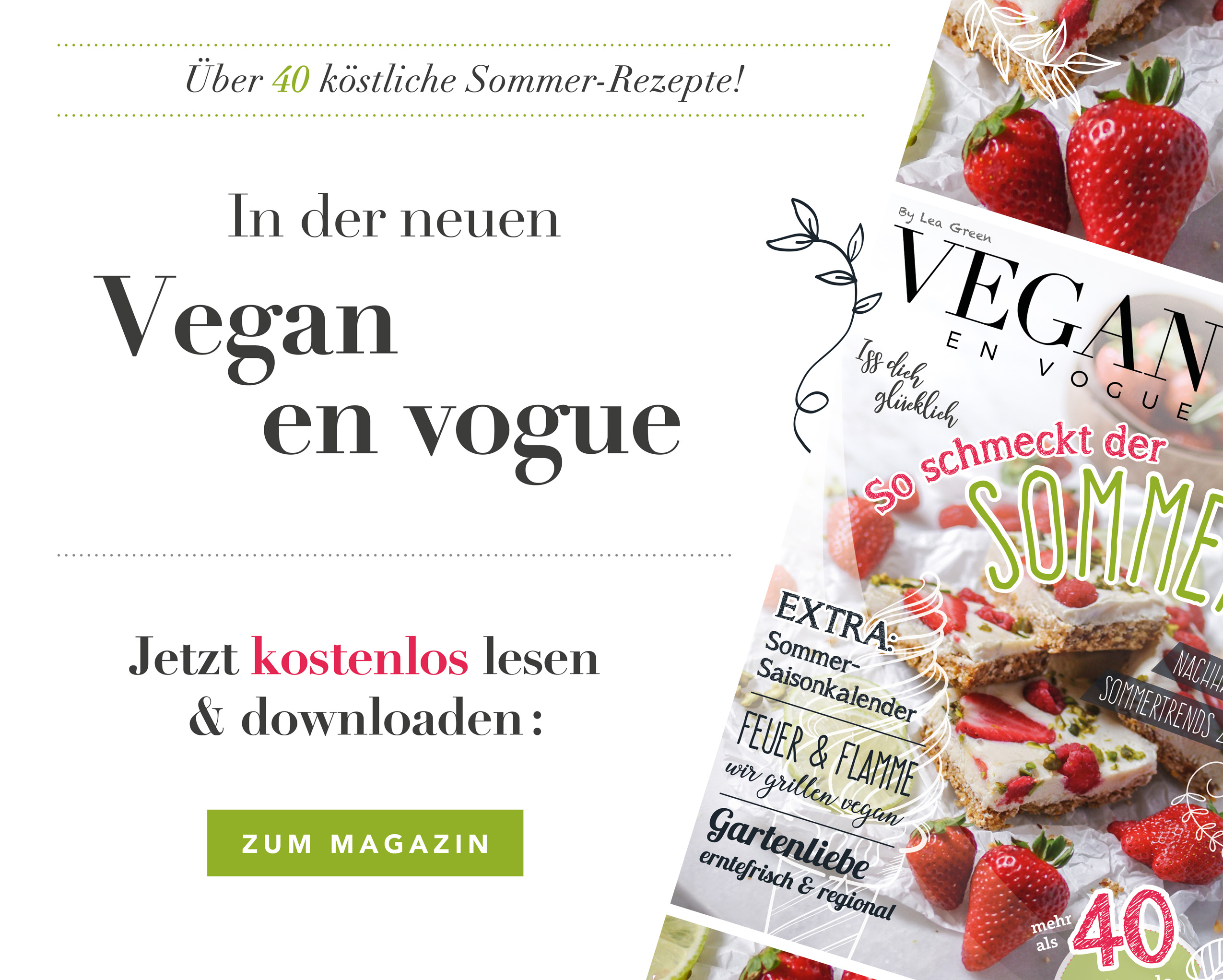