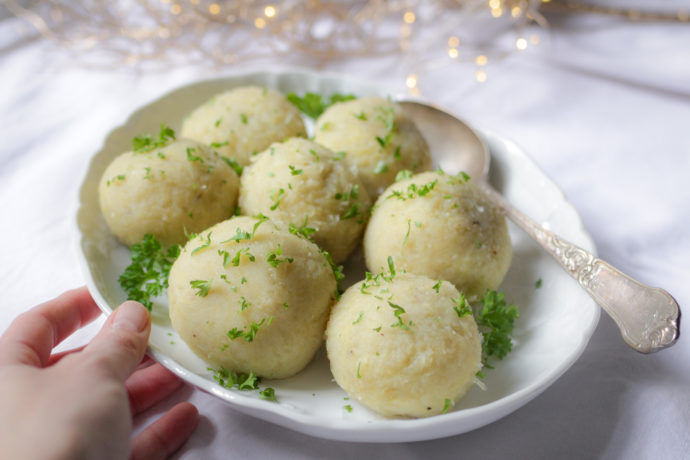 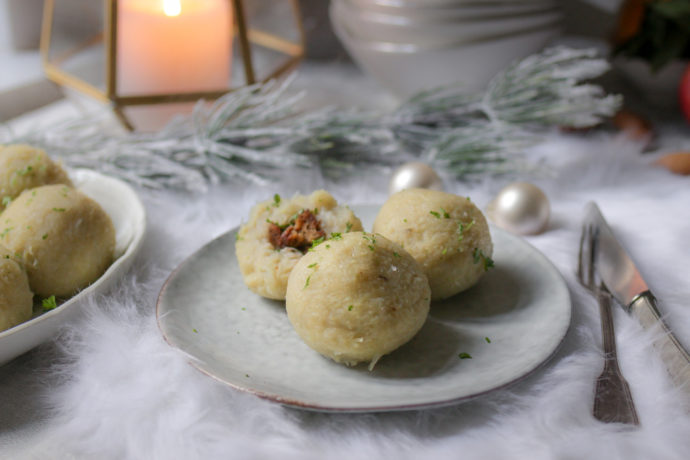 Traditional German potato dumplings, also known as “Thuringian dumplings”, are probably the most delicious side dish for savory meals with gravy. In this recipe I will show you how to make the delicious dumplings “half and half”, as we say in German. They are named so because they are made from a mixture of cooked and raw potatoes. This gives them a very special and unique consistency – very slightly tough, but also super soft, so that they melt on the tongue and absorb sauces very well. I like them so much that I once had a whole portion of them exclusively with delicious vegan gravy. The combination is simply a dream! In the middle of the dumplings I put roasted pieces of bread croutons. I season them with salt, a little garlic and fresh thyme. Pure pleasure, friends! On top, the recipe is very simple and there is only one big cooking secret, which at the same time is the guarantee of success. The prepared dumplings are cooked in hot water for about 15 minutes. However, the cooking water may only “boil”, not “bubble”. The latter causes the dumplings to disintegrate. More about this in the recipe itself. So you are guaranteed to succeed. Have fun & all the best, your dumpling queen Lea. 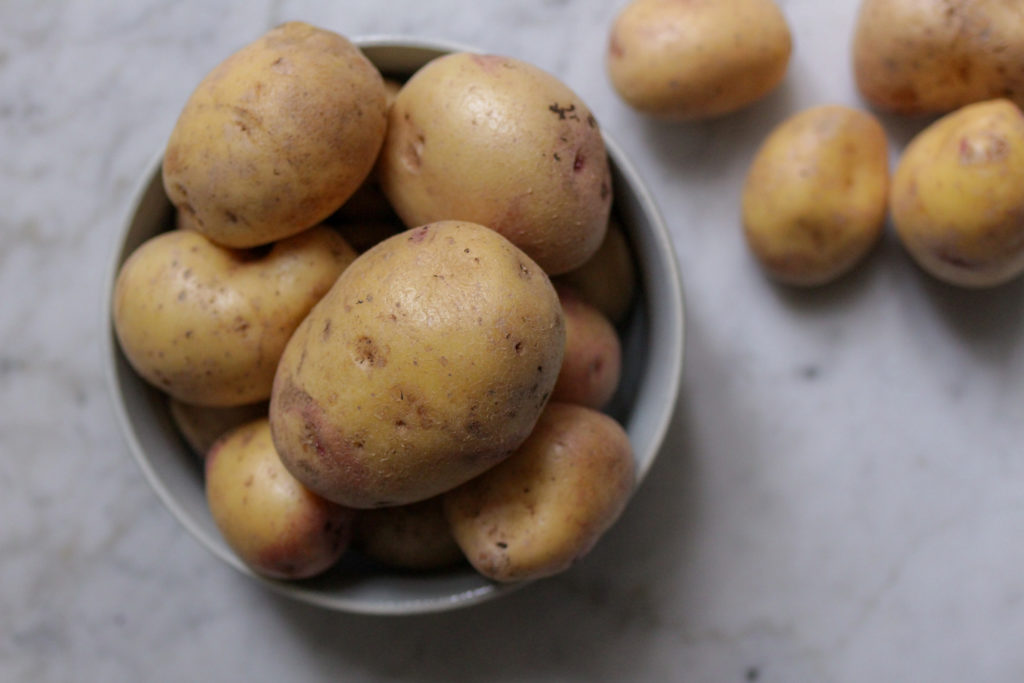 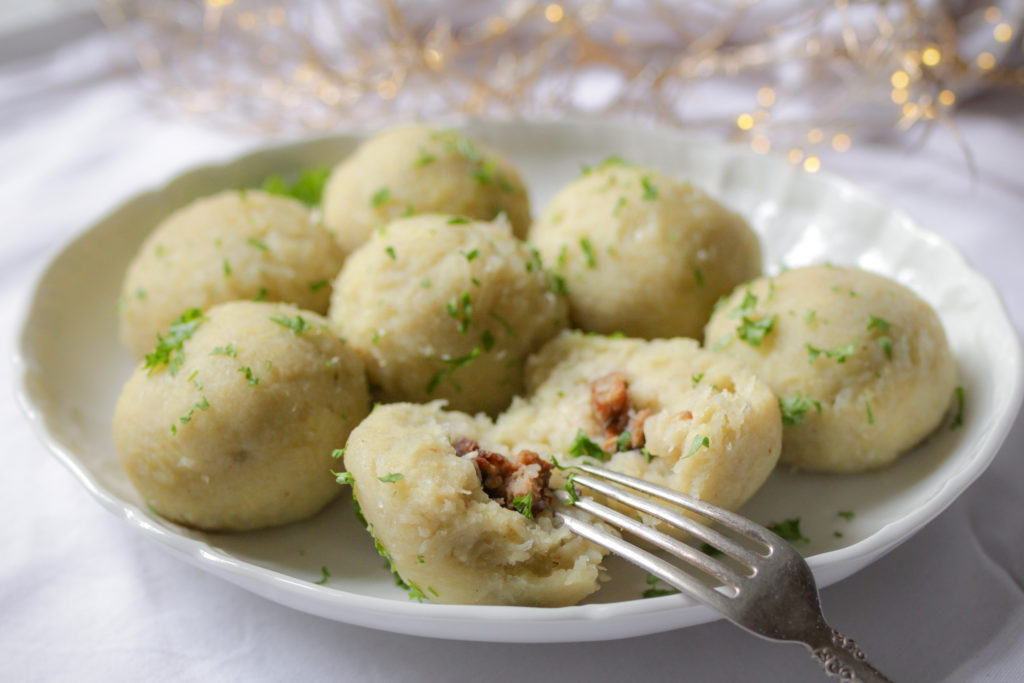 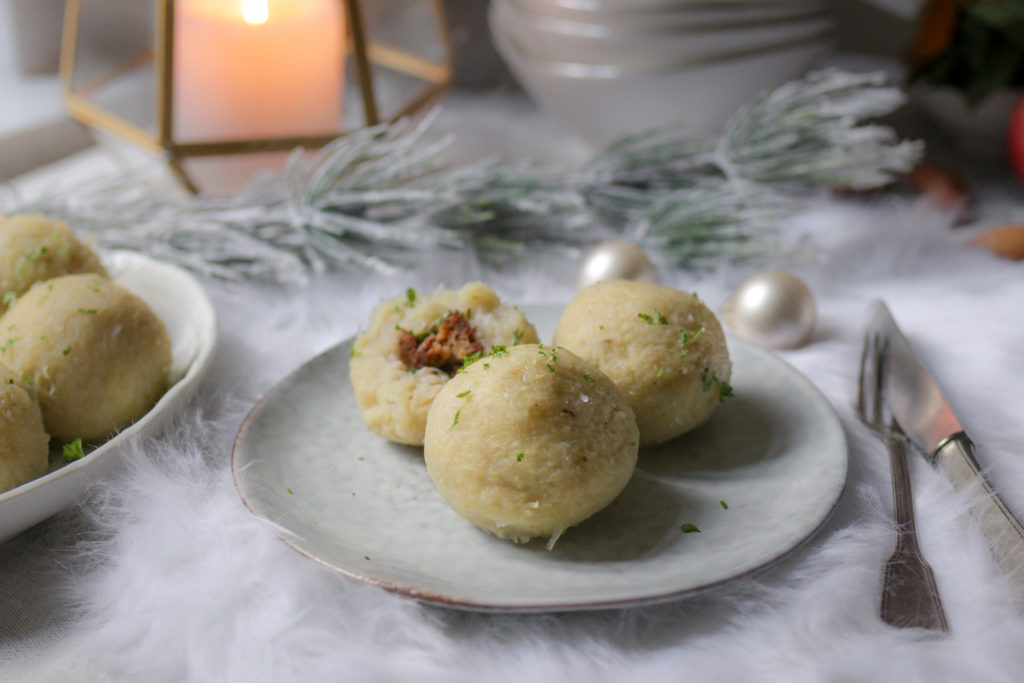 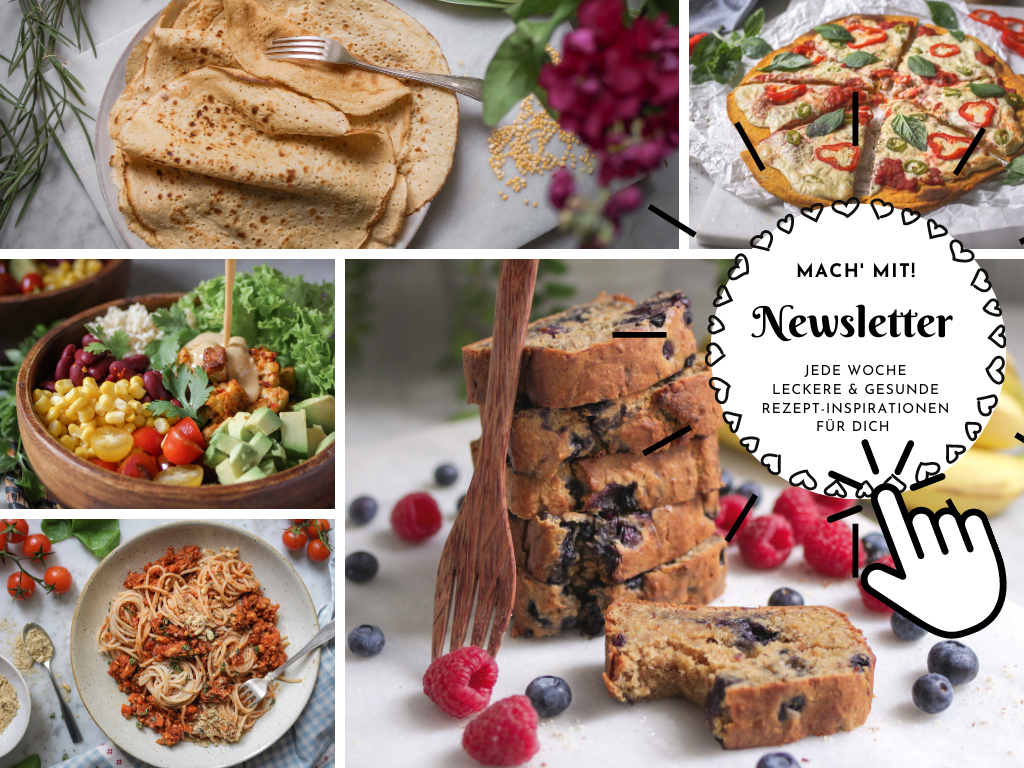